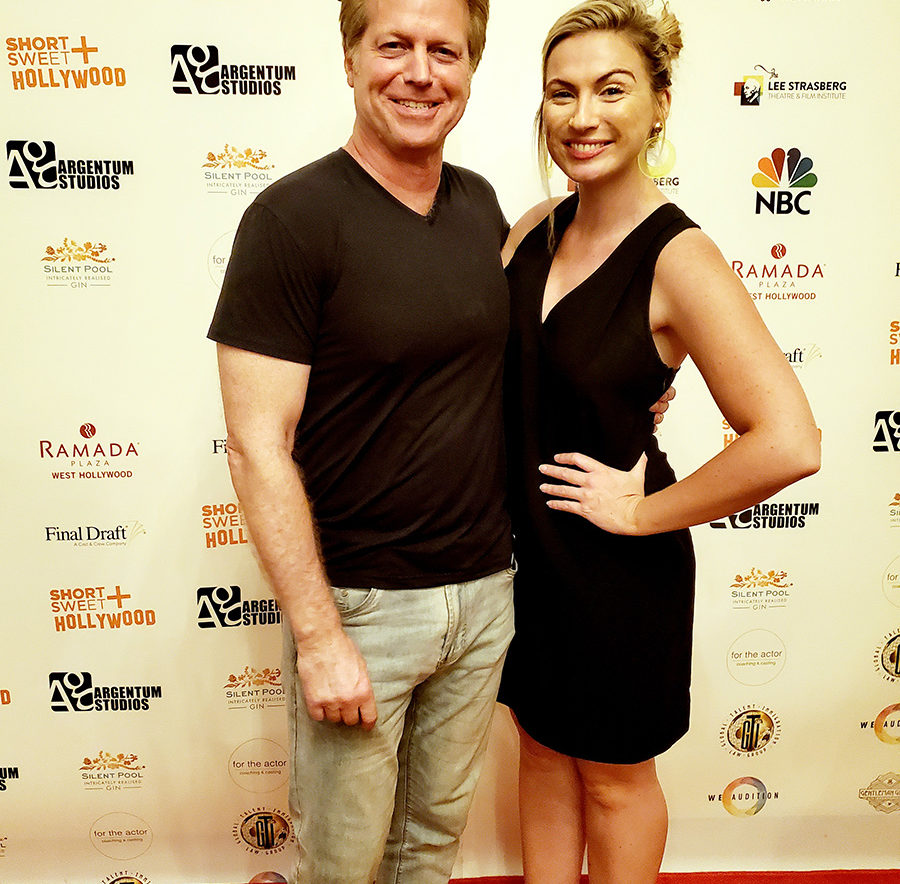 Here I am with actress Kaitlyn Clare at the Short and Sweet Hollywood Film Festival! Our sci-fi comedy fashion film, Nowhere In The Universe, screened in the first night of several in the festival which goes on for roughly a month in Hollywood. It’s quite a festival with screenings in numerous cities in the U.S., Europe the Middle East and where it originated in Australia. They feature plays, musical theater and cabaret in addition to short and sweet films. Quite an honor to be a part of!

The film got a great response. The only bummer was that the online voting was only open for 5 minutes after the screening block was over. I had no idea. We all went home to vote only to find out it was closed. I guess they announced that at the beginning of the screenings but I missed that. Oh well. Voting for your own film is kind of weird anyway but where would our online life be if we couldn’t vote/like/view/follow our own stuff and encourage our friends to do the same? 🙂

Why do cell phones make my head look big?

Always fun hanging out with Kaitlyn who did a fantastic job playing the alien in the film. Why do pictures taken with cell phones make your head look big? Maybe I should accept the fact that I have a big head. I must learn to accept reality.

Check out all the behind the scenes photos, still photos and frames from Nowhere In the Universe on my Flickr page.

Give me a hollar if you’re looking for a director for your film or commercial video. I’d love to talk to you about it. My company, Gate5 is a full service video production company in Los Angeles and can provide the filming crew and post production as well as actors, locations, permits and all the other good stuff needed.