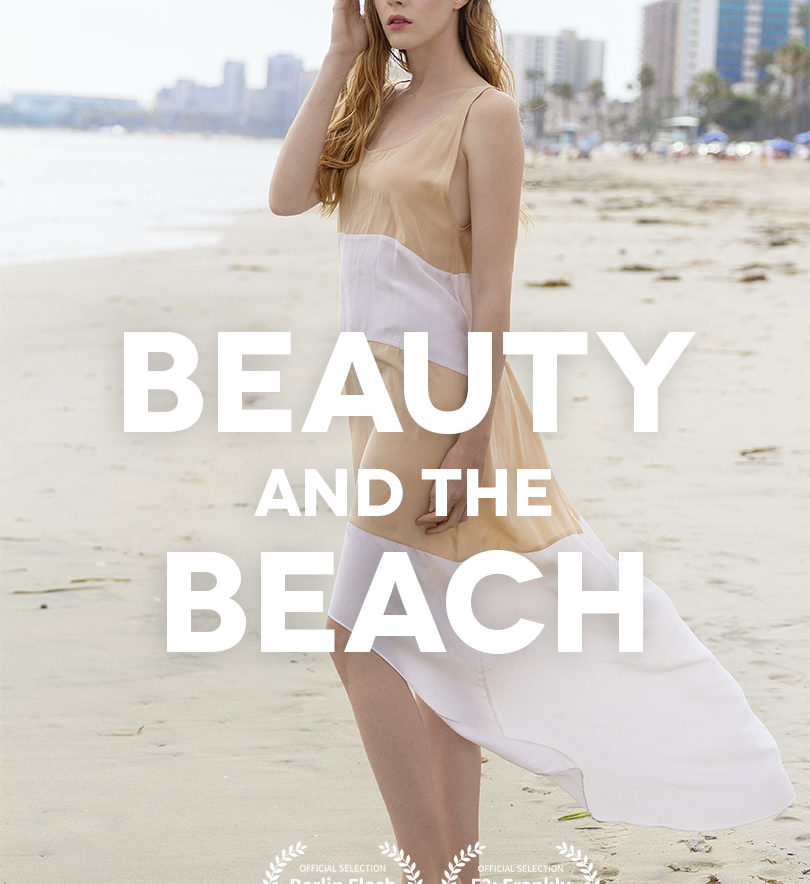 Beauty And The Beach

Beauty And The Beach will be screening in the F3: Frankly Film Festival in Ohio and in the Berlin Flash Film Festival!

What is an eco-fashion film?

It’s about a woman who takes a walk on the beach and discovers the new normal. It was pretty much improvised between the actress, Hayley Pendergrass, the makeup artist Thirati K and myself. We had a general idea of what we wanted to do and when we got to the beach, we shaped the story around what we found on the beach and what was available to us.

Did you have a script or was it improvised?

The key for me is to do as much planning as I can before a shoot but then to stay open to what’s in front of me on the day of the shoot. The film you wind up with is what you shoot on the day, not what you have in your head beforehand.

If you’re open to ideas while shooting then you can incorporate changes based on what you have available on the day of the shoot to tell the story better. But you must do your work beforehand. Having a firm grasp on the theme and what you’re trying to say gives you the spine to hang everything off of so you’re not blowing in the wind not knowing where you’re going.

If you hold on to your preconceived ideas and are not open to what’s in front of your face while shooting, you’re missing opportunities to make the story better.

We wanted to keep Beauty and the Beach very short and we did – it’s one minute long. It’s a bit of a challenge telling a story in such a short amount of time but I’m happy with the result. Although, I’m not happy about the subject matter. It was quite disgusting seeing the amount of trash on the beach. I would’ve much preferred to not have it there and being forced to come up with a story about something else.

About Gate5, a video production company in Los Angeles