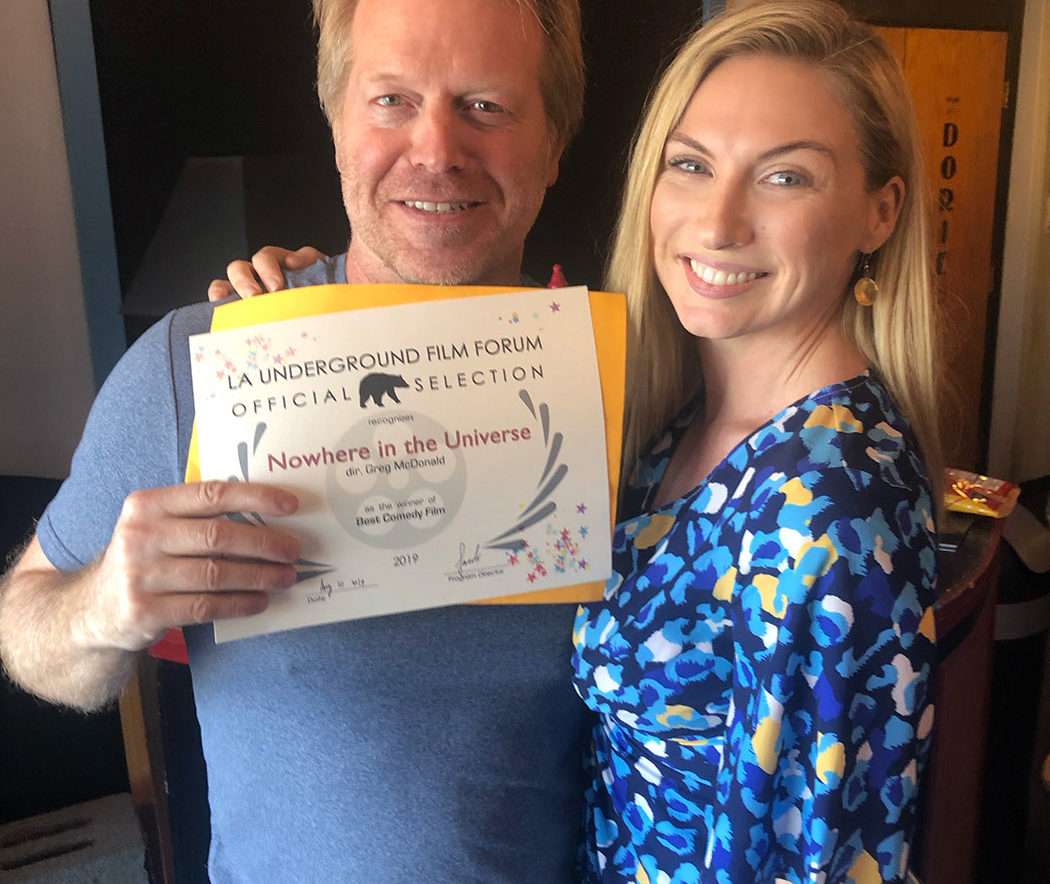 Audience Choice Award winner and Best Comedy Film at the Los Angeles Underground Film Forum for my film, Nowhere In The Universe, a sci-fi comedy film about how some lines can never be crossed no matter how desperate you are.

Keeping with the ‘underground’ theme, the festival was low-key but it was a lot of fun hanging out with Kaitlyn Clare, who played the alien in the film, seeing a couple of films I really liked and meeting some cool people. Nowhere got a great response from the audience which is so much more satisfying to experience in person vs. getting a couple likes online. It was a surprise winning a couple of awards and now it’s on to the next one!