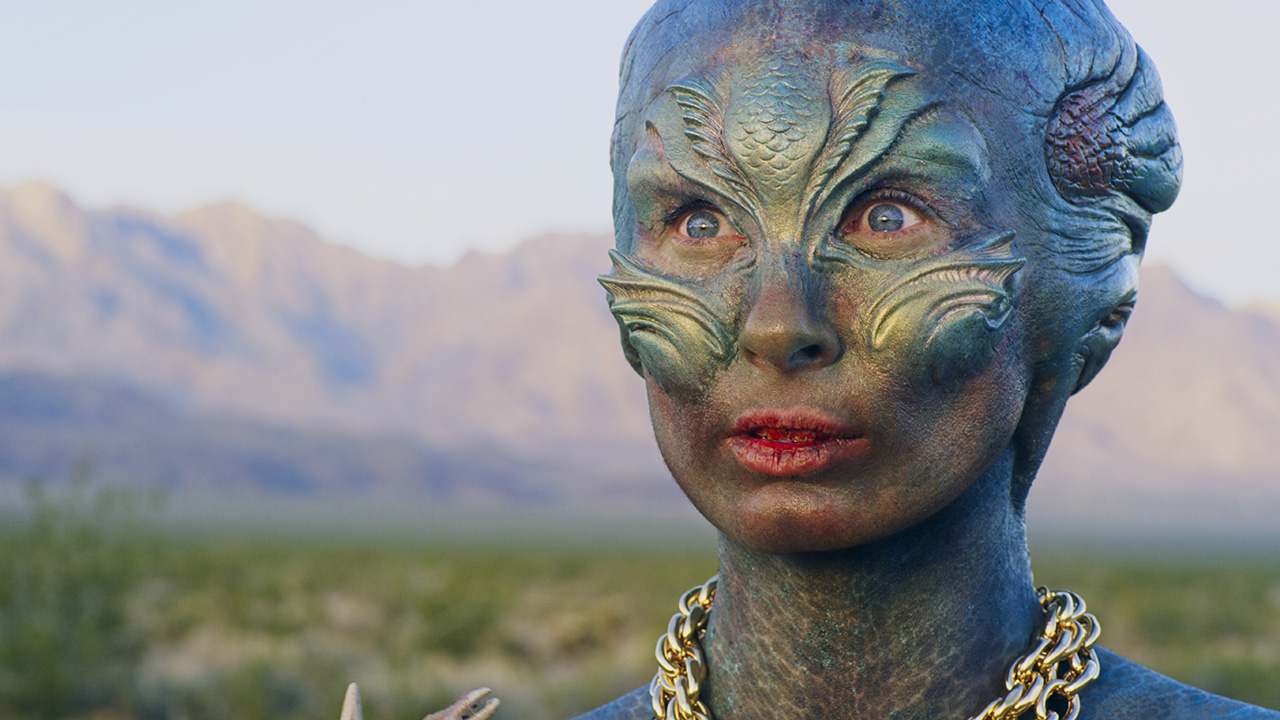 Nowhere In The Universe

Nowhere in the Universe is a sci-fi fashion comedy film about desperation – no matter how desperate you become, some lines can never be crossed. UPDATE: We won Best Comedy Film and the Audience Choice Award at the LA Underground Film Forum!

It was quite a surprise winning the two awards. Actors Kaitlyn Clare who played the alien and Brandon Bernath were in attendance. We had a really good time at the festival and the people who it on couldn’t be nicer. And it was in town!

I really enjoyed making this film with two wonderful actors, Kaitlyn and Brandon. The only thing I’d do differently is I wouldn’t shoot in two locations that are almost an hour apart. After spending the morning and the first half of the day getting the makeup and prosthetics done, we then spent about about an hour and half driving between the two locations. We got what we needed but it would’ve been nice to have just a little more time. However, I do best with limitations so I take it back, we did it just as it was meant to be!

If you have a narrative or commercial project you want to collaborate on just give me a hollar. I’d love to hear about it. Contact me to discuss.

1 thought on “Nowhere In The Universe”