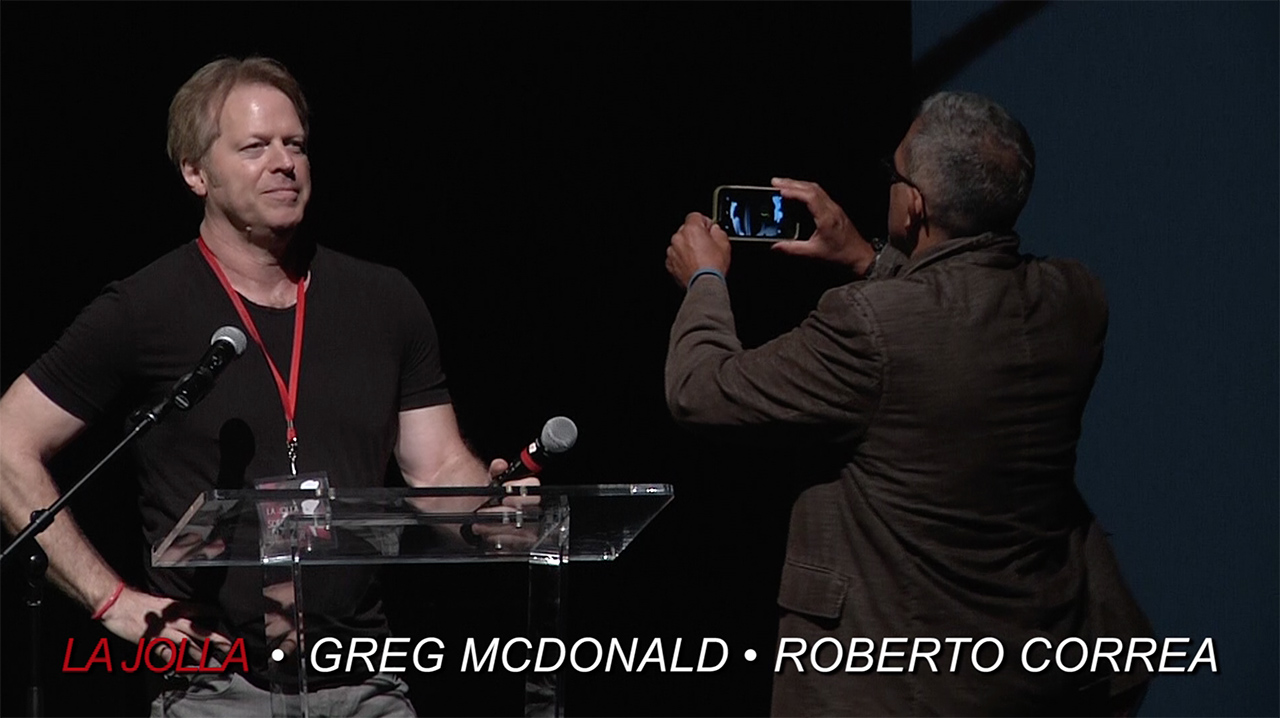 I just found this clip of fashion film director Greg McDonald and cinematographer Roberto Correa introducing the fashion comedy film, The Selfie That Changed The World at the La Jolla International Fashion Film Festival in 2017. (I only refer to myself in this paragraph in the 3rd person for SEO reasons. My ego isn’t really that big.)

The film was nominated for Best Creative Direction and Best Narration.

Watch the clip on the Fashion Film Network‘s vimeo channel.

This is the first time I had seen the clip. I knew they were filming the introductions and I meant to look for it shortly after the event and then I forgot all about it.

The La Jolla Fashion Festival is really a great time and unlike many other festivals, they actually like filmmakers! ha! It may sound odd if you’re not familiar with them, but many festivals treat filmmakers like leeches. Seriously. Like necessary evils they have to endure to put on their festival. But we need them and they need us so we get along just like any other normal dysfunctional family in America.

Of course, during the introduction of the film I pronounced Roberto’s last name like a gringo and he promptly corrected me. I took Spanish in the 8th grade but apparently not much took. So I appreciated the help. I returned the favor and helped him out by offering him proper microphone holding technique.

We’re taking our act on the road!

I think the most fun was the reaction to our introduction, that is, other than the reaction to the film itself, of course. Was that one person came up to us after the screening and asked where we perform. He thought Roberto and I were a 2-person comedy act. Now that’s comedy!

But I don’t know, I think maybe we should hit the road. Might pay better than independent filmmaking. It’s good to have a back up plan.

Another clip I just came across was of a quick interview of Roberto and I at the after party after the screening at The Lot. I think it was about 1am or so when we did the interview and we’re remarkably lucid.

What about film? Where can I see it? You can watch it on Gate5’s site, The Selfie That Changed The World.