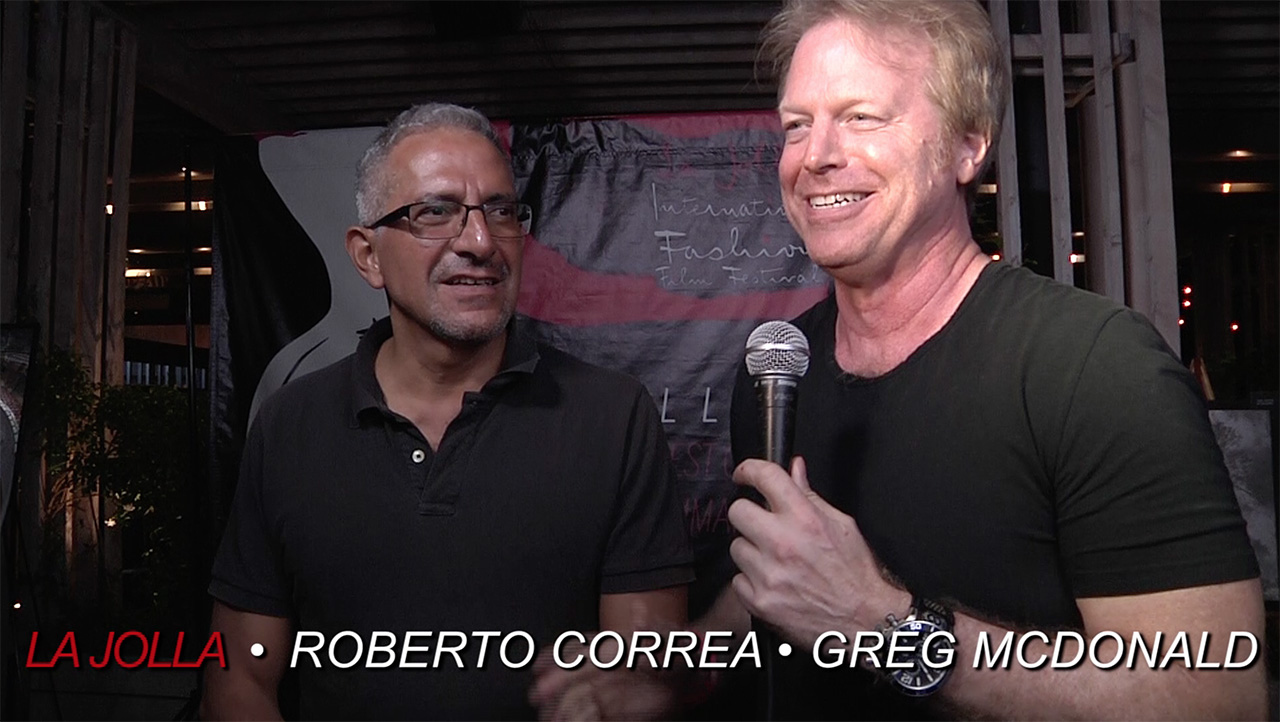 Earlier this year I found this clip of our after party interview at the La Jolla International Fashion Film Festival. I’m with cinematographer Roberto Correa and we’re talking about our film, The Selfie That Changed The World. I remember doing it but forgot all about it until I stumbled upon it.

Where you drunk during the interview?

Even though this interview took place at the after party around 1am at The Lot, a bar and restaurant in La Jolla, and I appear to forget what I did on the film near the beginning of the video, I assure you I was very lucid.

We had a very good time at the festival and our film got a great response. The film is a fashion comedy that takes a peek inside the mind of a selfie addict. It was nominated for Best Creative Direction and Best Narration. The actor, Brandon Bernath, got nominated for Best Actor in CinéFashion Film Awards put on by Cinémoi.

You can watch a clip of Roberto and I introducing the film at the festival on the Fashion Film Network‘s vimeo channel and read about it in our post here.

The best moment of the festival

The best moment of the festival for me was when another filmmaker came up to me and said because of the film, no one was taking any selfies after the screening. Yes! The film had some kind of affect.

It felt good to get a strong reaction like that with the film. Not to mention, selfies are to photography what McDonald’s is to food so the stopping of selfie taking was a good thing and I feel I made the world a better place if only for a short time.

Needless to say, the self-imposed selfie ban didn’t last long and people were back to snapping selfies later on. But it was nice while it lasted.

Read more in our blog post about us at the La Jolla International Fashion Film Festival.

3 thoughts on “After Party Interview”