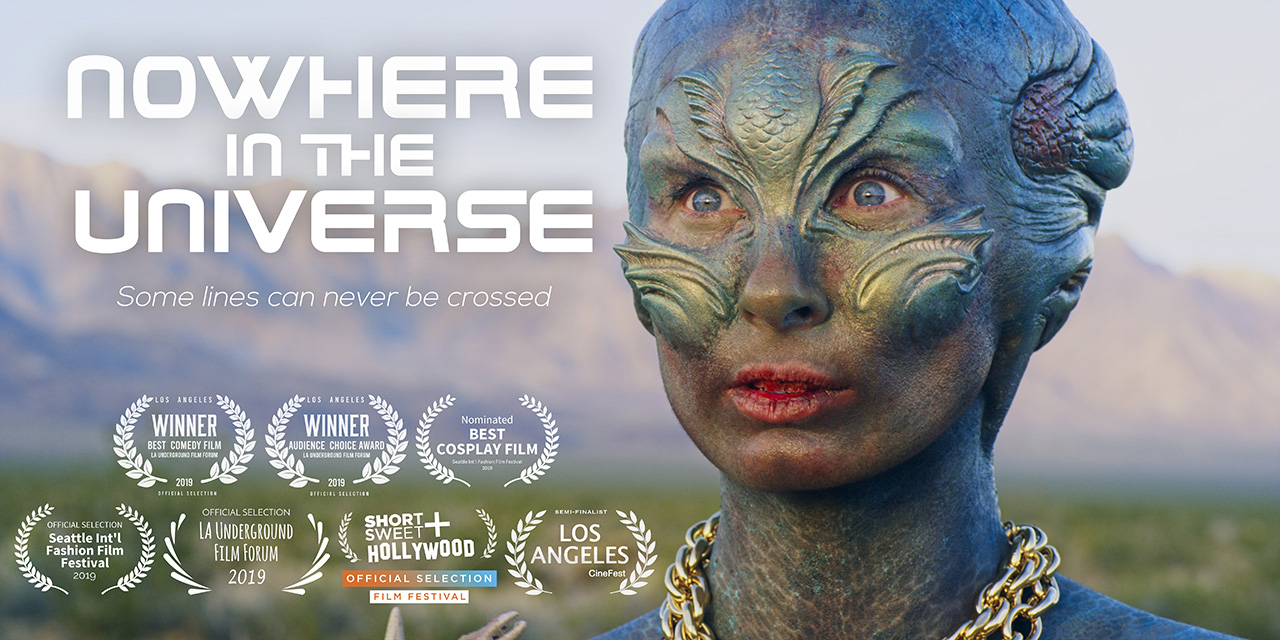 Two short film written and directed by Greg McDonald of video production company Gate5 in Los Angeles are now available for streaming on Amazon Prime Video.  If you’re into aliens and selfie addiction, you’ll want to fire up the popcorn maker, plop down on the sofa ( oh wait, you’re already on the couch because of the lock down aren’t you?) and watch them.

During the stay at home quarantine, it’s good to mix up the ways you pass the time. You can’t spend it all on Facebook. I mean, how many distorted close ups of peoples’ faces on webcam videos can one person stand? So hang up on that Zoom meeting and mosey on over to Amazon Prime Video and check out these short films.

The Selfie That Changed The World

Take a peek inside the mind of a selfie addict in the comedy fashion film, The Selfie That Changed The World. Based on a true story.

A woman I follow on Instagram who posts thousands and thousands of selfies where she looks exactly the same in every single one of them was the inspiration for it. If you feel I’m talking about you and that I stole your life’s story without your permission or compensation, I want you to know it’s based on the other selfie addict.

The film stars Christine Wood as the selfie taker and Brandon Bernath as the coffee shop screenwriter. The film was shot by cinematographer Roberto Correa.

Watch my after party interview at the La Jolla International Fashion Film Festival.

Watch the interview with Greg McDonald and Roberto Correa at the after party at the La Jolla Int’l Fashion Film Festival on Gate5’s site.

Nowhere In The Universe

An alien becomes lost in a desolate area of the desert and discovers that no matter how desperate you are, even if you’re going to die from starvation and dehydration, some lines can never be crossed.

The sci-fi fashion comedy, Nowhere In The Universe stars stars Kaitlyn Clare as the alien and Brandon Bernath as the man. Thirati K created the alien special effects makeup and produced it.

Read more about the shoot and watch a short timelapse video of part of the alien makeup being applied by Thirati K.

Now you have no excuse to stay on Facebook the rest of the day. Get on over to Amazon Prime Video for your aliens and selfie addiction fix.

3 thoughts on “Aliens and Selfie Addiction on Amazon Prime Video”