I give you – The Shortest Horror Movie In The World.

It’s got everything; an identifiable character, a universal theme, tension, mystery and a surprise ending that doesn’t spoon feed you the answer, leaving the interpretation up to you. All in 25 seconds. Only a slacker would need 2 hours to tell a story.

A silly spur-of-the-moment video I made while I was out location scouting although I’ve been told it’s better than the Blair Witch Project.

After my encounter in the desert, I’m happy to say I’m doing fine. It was a close call but I came out the other side. A little roughed up but okay.

A lot of hard work went into making this film and I’m very proud of the result. I think this is the one they’ll remember me for. It’s a pinnacle, a zenith, a high bar and a tough act to follow but I’m up for the challenge.

I was location scouting in the high desert for my short, Nowhere In The Universe when I shot this. It won Best Comedy Film and the Audience Choice Award at the LA Film Forum.

Scouting locations in the desert is always a good time for me. Strange, cool and/or creepy things always seem to to pop up.

On this trip, I not only found the locations where we later shot the film at (where I made this video was one of them) but I also found several other locations that might be good for something some day.

Several broken down abandoned buildings and an interesting dry river bed stood out as places to make note of for future shoots. I also found a military zone as seen in the photo below.

It was somewhat of a surprise to come across Roy’s Motel and Cafe on this trip. I had seen photographs of Roy’s before but wasn’t sure where it was. It’s located in Amboy, California on old Route 66.

The motel has long been out of operation and only a small gift shop is open inside the old gas station. However, I didn’t venture in. It looked like it was filled with the typical tourist crap you can find anywhere.

Although not in operation, the old motel rooms are open for people to walk in and check out. Helpful tip for when asking a tourist to take a photo of you: make sure they speak the language you do.

I asked this woman who got off a bus full of tourists if she could take a photo of me in front of the Roy’s sign. I said, “make sure you get the whole sign”. She nodded and trained my cell phone at me.

After snapping a couple of pics she handed my phone back to me and off she went to join back up with her tour group. I looked at the photos and this is what she took.

Well there’s my origin story on how the shortest horror movie in the world came to be.

Related: why your company needs a video series.

Earlier this year I found this clip of our after party interview at the La Jolla International Fashion Film Festival. I’m with cinematographer Roberto Correa and we’re talking about our film, The Selfie That Changed The World. I remember doing it but forgot all about it until I stumbled upon it.

Where you drunk during the interview?

Even though this interview took place at the after party around 1am at The Lot, a bar and restaurant in La Jolla, and I appear to forget what I did on the film near the beginning of the video, I assure you I was very lucid.

We had a very good time at the festival and our film got a great response. The film is a fashion comedy that takes a peek inside the mind of a selfie addict. It was nominated for Best Creative Direction and Best Narration. The actor, Brandon Bernath, got nominated for Best Actor in CinéFashion Film Awards put on by Cinémoi.

You can watch a clip of Roberto and I introducing the film at the festival on the Fashion Film Network‘s vimeo channel and read about it in our post here.

The best moment of the festival

The best moment of the festival for me was when another filmmaker came up to me and said because of the film, no one was taking any selfies after the screening. Yes! The film had some kind of affect.

It felt good to get a strong reaction like that with the film. Not to mention, selfies are to photography what McDonald’s is to food so the stopping of selfie taking was a good thing and I feel I made the world a better place if only for a short time.

Needless to say, the self-imposed selfie ban didn’t last long and people were back to snapping selfies later on. But it was nice while it lasted.

Read more in our blog post about us at the La Jolla International Fashion Film Festival.

It’s very strange and eerie seeing empty streets in Hollywood when they’re normally busy at all hours. The economic shut down and ‘stay at home’ order by the City of Los Angeles and the state of California has created a Coronavirus apocalypse. It’s made for new opportunities for street photography – but with limitations.

Of course, when leaving your home one must follow the CDC guidelines on physical distancing and the guidelines set by your city. Here, the City of Los Angeles guidelines also apply to the whole of LA County.

And if you’re truly following the guidelines that means – DO NOT go out for the sole purpose of shooting street photography!

The guidelines call for leaving your house only for essential reasons such as grocery shopping, getting other needed supplies, going to the bank, picking up medications or seeing a healthcare provider, etc.

However, you can go out for exercise as long as you maintain a physical distance of at least six feet from anyone else.

So how do you go about shooting street photography when you’re not allowed to be out except for essential trips and exercise?

Take your camera with you when making allowed trips

Should be obvious, yes? Just take your camera with you on your trip to the grocery store or other essential outing. If you don’t live within walking distance of anything, go take a hike. By the way, don’t take that personally. I’m telling everyone to go take a hike during the shut down.

Even easier, use your cell phone. I took the two pictures above with my cell on the way to getting take out. For wider captures and impromptu cityscapes, I’m generally happy with the results I get with my cell. I always prefer to use a mirrorless/DSLR for photos of any importance but that’s just not going to happen all the time. Especially during a pandemic when I’m on my way to pick up food for the week.

Not your typical street photography

Most street photographers either shoot people or buildings and architecture. If you’re a people person, your normal subject matter doesn’t exist at the moment. Even for architecturally focused street photography, people in frame are often used to provide scale, reference or to portray the utter meaningless and alienation of the individual in modern society (okay, I admit it, that’s how I interpret just about everything).

So use the barren streets as an opportunity you may not get again (hopefully another shut down isn’t in our future). Take advantage of the apocalyptic feel of the world right now – the empty streets void of cars and the few isolated people walking around.

It’s an excellent opportunity to juxtapose the one lone walker wearing a face mask against the boarded up businesses. Or to capture what are normally bustling streets with no little to no cars like the photos I took of Sunset Blvd. Or to capture the kafka-esque quality of life during the Coronavirus shut down.

Use these empty streets and the Coronavirus apocalypse to your advantage and create new and unique images that you wouldn’t be able to get otherwise before the world opens back up!

Unplug coffee maker when not using it. It’ll not only save you some money on your electricity bill, it’s good fire safety too! I’ve always found it entertaining when control freaks lose it and think they’re going to scare everyone with their temper. This is a wish fulfillment for all those who’ve suffered an overbearing boss in the office. This clip is from an old film of mine and as many times as I’ve seen it, this actor makes me laugh every time.

By the way, unplugging other appliances is a good idea too.

Got a narrative or commercial project? Contact me to discuss. I’d love to hear about it.

Check out Narrative stuff. Or Photography and Commercial and Fashion films. 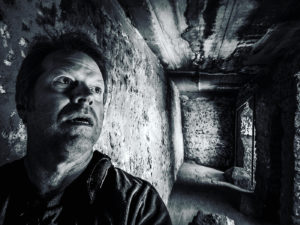 Creepy location scouting at the old LA zoo in Griffith Park in Los Angeles. I was checking it out for a possible photo shoot. The old caves where they used to keep the animals could be a great location for horror or for a dark scary apocalyptic place.

To discuss working together on any projects, contact me.

Welcome to my site. I’ll be posting newsworthy stuff here about projects along with random nonsense that I find interesting or funny.  Take a look around at my narrative videos and commercials and fashion films or my photography.

The website for my production company, Gate5, can be found here.

If you want to talk about working together on a project or just want to argue about whether a cheeseburger is a sandwich, give me a hollar. Contact me here. In case you think it isn’t, you’re wrong. Meat with bread on either side is the very definition of a sandwich. The fact that it’s a bun and not sliced bread doesn’t make any difference.