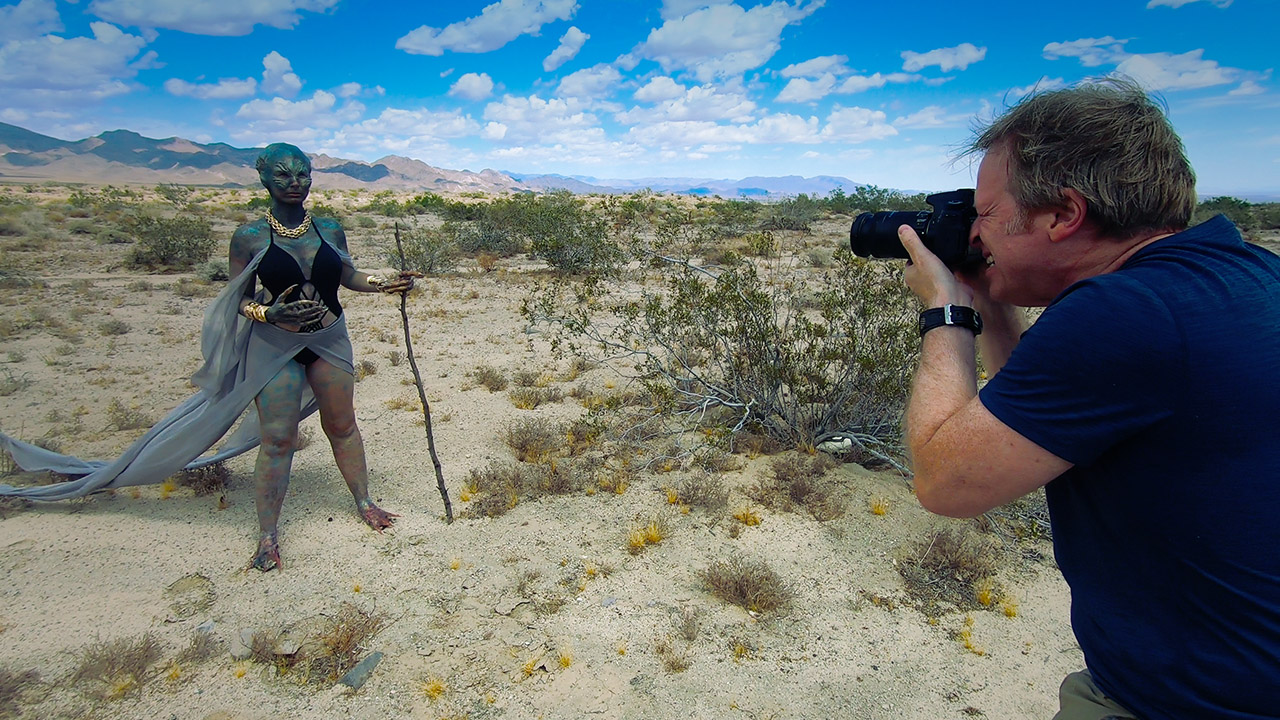 Alien sighting! A behind the scenes video with Kaitlyn Clare as the alien on our film shoot of, “Nowhere in the Universe”, a sci-fi fashion comedy. I had a blast making this! It was a super small cast and crew with great chill people. Working with people you like and get along with makes all the difference. Alien makeup and effects were done by Thirati K who did a fantastic job! And I love working with the two actors in the film, Kaitlyn and Brandon Bernath. The were excellent and a joy to work with!

We were a little worried about the weather since it rained a bit the night before which is very unusual for the desert in the middle of May but the next day it turned out great. Just some clouds when we started which worked out in our favor.

I finished the film in about 10 days after shooting and have already submitted it to one festival already with more to go. Stay tuned for more!

If you have a narrative or commercial project you want to collaborate on just give me a hollar. I’d love to hear about it. Contact me to discuss.